The Church of Laodicea in book of Revelation (New Testament, Bible)

Laodicea receives passing mention in the epistle to the Colossians and is one of the Seven churches of Asia mentioned in the Book of Revelation. The Laodicean Church had probably been founded by the Colossian Epaphras, who shared the care of it with Nymphas, in whose house the faithful used to assemble. Paul asks the Colossians to communicate to the Church of Laodicea the letter which he sends to them, and to read publicly that which should come to them from Laodicea, that is, no doubt, a letter which he had written, or was to write, to the Laodiceans. An apocryphal epistle purporting to be from Paul to the Laodiceans is extant in Latin and Arabic. Some of the Greek manuscripts end the First Epistle to Timothy with these words: “Written at Laodicea, metropolis of Phrygia Pacatiana”.

The first bishops attributed to the See of Laodicea are very uncertain: St. Archippus (Colossians 4:17); St. Nymphas; Diotrephes (III John, 9). Next comes St. Sagaris, martyr (c. 166). Sisinnius is mentioned in the Acts of the martyr St. Artemon, a priest of his Church. Nunechius assisted at the Council of Nicaea (325). Eugenius, known by an inscription, was probably his successor. The Arian Cecropius was transferred by Constantius to the See of Nicomedia. When Phrygia was divided into two parts, Laodicea became the metropolis of Phrygia Pacatiana: it figures under this title in all the Notitiae Episcopatuum. Some twenty incumbents are known besides those already enumerated; the last occupied the see in 1450. The city remains a titular see of the Roman Catholic Church, Laodicensis in Phrygia; the seat has been vacant since 1968. 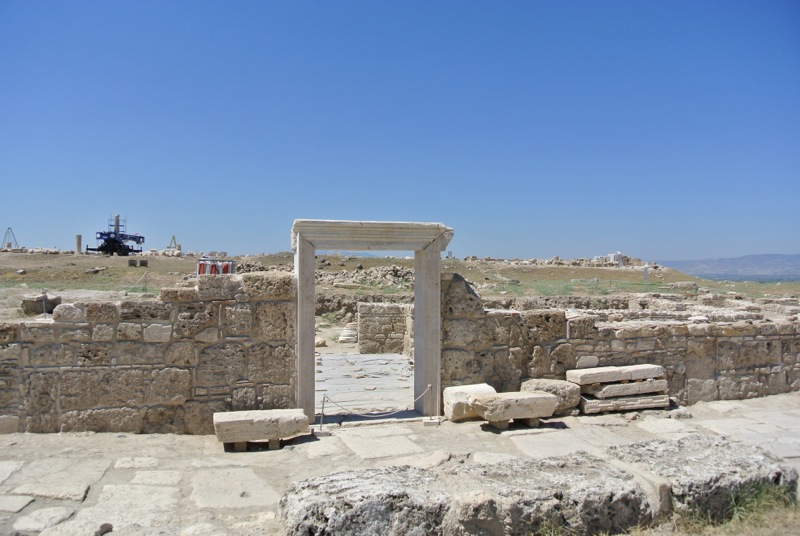 The Church of Laodicea

There are extant, in Greek, sixty canons of a Council of Laodicea. That this assembly was actually held, we have the testimony of Theodoret. There has been much discussion as to the date: some have even thought that the council must have preceded that of Nicaea (325), or at least that of Constantinople (381). It seems safer to consider it as subsequent to the latter. The canons are, undoubtedly, only a resume of an older text, and indeed appear to be derived from two distinct collections. They are of great importance in the history of discipline and liturgy; some Protestants have invoked one of them in opposition to the veneration of angels.