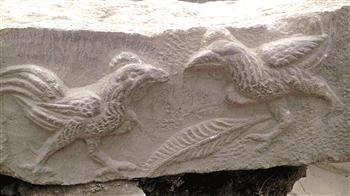 During excavations at Laodicea ancient city in Turkey, excavation member Prof. Dr. Celal Şimşek has said that his team has found a relief of two fighting roosters, the symbol of Denizli. The excavations in the area started in 2003 and are still ongoing.

“In the north, sacred agora section of the excavation, the team found large marble blocks, and on these marbles a relief of a gladiator rooster – Denizli’s symbol – appears,” Şimşek said. One of the roosters has a palm tree leaf below it, meaning that it won the battle. The reliefs are 900 years old, he added. Other animals are also found, such as fish, pigs, lions and dolphins. Şimşek explained that during that period the artists showed animals on the marbles in order to demonstrate their affection for them.

Denizli Municipality has submitted documents to UNESCO for the inclusion of Laodicea in the agency’s World Heritage List. “Work has begun to include the ancient city in the UNESCO list. Laodicea is home to one of the seven holy churches mentioned in the Bible and is the only ancient city in Anatolia with four baths and two theaters,” Şimşek said, adding that the city also boasted the largest ancient stadium in Anatolia. 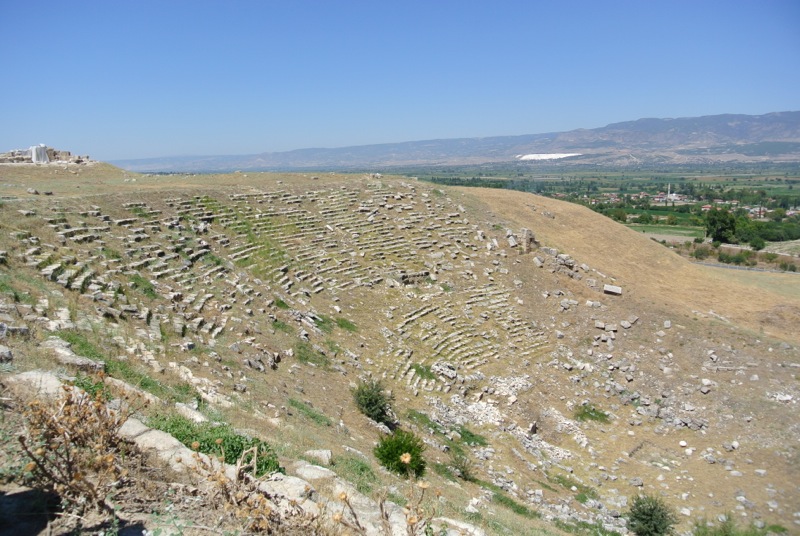 Remainings of the theatre in Laodicea.

The city of Laodicea was one of the chief seats of Christianity. It receives a passing mention in the epistle to the Colossians and is one of the seven churches of Asia mentioned in the Book of Revelations. The Laodicean church is thought to have been founded by the Colossian Epaphras, a Christian preacher.